Who can forget the headlines about office to residential conversions under permitted development rights which resulted in what the press endearingly termed ‘rabbit hutch housing’ Poor rabbits!!! Largely reported as a failing of the planning system to protect future residents, it’s fair to say many were appalled with what could be provided as dwellings under permitted development rights.

In 2013 a relaxation of permitted development rights meant that offices could be converted into residential units through a prior notification process, which means that a developer submits limited details of the conversion and Local Planning Authorities who are restricted in what can be considered when determining the application. The government’s intention behind the relaxation was to assist the increased delivery of residential units in an effort to address the housing crisis.

However, the relaxation has resulted in some questionable developments with some ‘new homes’ being smaller than a car parking space and the press were quick to point out the failings of the ‘streamlined’ planning process. This was highlighted last year when Watford Borough Council refused a prior notification due to resultant size of the units and lack of windows stating that the development did not result in the provision of dwellings. However, in allowing the appeal the Inspector considered that the regulations were clear on what can be assessed as part of the prior notification process and this did not include amenity and living standards.

Think about that for a minute, homes could be provided to such a sub-standard that windows were not needed!

Living through the current pandemic has highlighted the importance of space and places where we live, particularly as we work and even educate from home. Speaking from personal experience adequate space is imperative to both physical and mental well being. As planners we have the potential to influence the type of developments that are delivered and surely this should be something as a profession we should be able to be proud of.

At Planning House we were delighted to see the announcement last week that the permitted development regulations will set a minimum space standard. From April 2021 to qualify for permitted development rights for conversion units will only be permitted where the gross internal floor area is more than 37 square metres and resultant dwellings will need to comply with the nationally described space standard issued by the Department for Communities and Local Government on 27th March 2015. This alongside previous amendments enacted earlier this year to ensure the provision of adequate light will (hopefully) ensure that new dwellings are suitable for people to actually live in.

It is disappointing to see that this won’t come into force until April next year giving a full four months for those who choose to ‘take advantage’ of the current relaxation and of course there appears no way to retrospectively rectify those already through the system.

It is certainly a step in the right direction and good to see that the government is looking at quality of homes delivered rather that purely quantity. 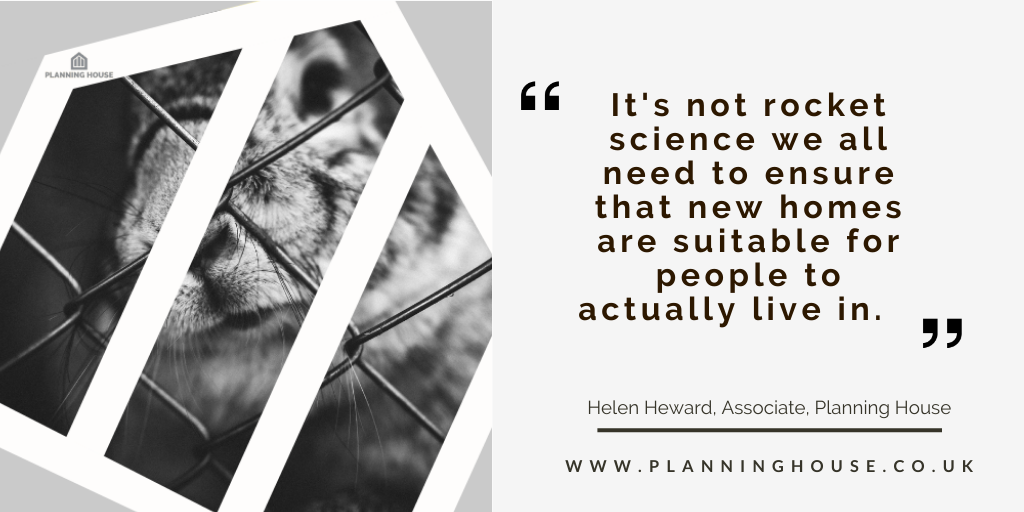