Planning House were proud to sponsor, along with Kings Chambers the launch of the North East branch of Women in Planning, organised and chaired by our very own Helen Heward. The wonderful Laurence Sweeney took some beautiful photographs which can be viewed in our Photo Gallery.

Women in Planning is an independent network with the aim of promoting a diverse and inclusive planning industry. The network has a clear vision to inspire women to feel empowered and be successful with the overall aim of promoting gender equality. Whilst the network is women led it is not exclusionary, both women and men are encouraged to get involved and work towards a common goal of increasing diversity and championing gender equality across the planning industry.

Women in Planning North East Launched on Thursday 7th February at The Botanist in Newcastle. The event was attended by over 70 people, both men and women, who enjoyed a Masons gin and tonic on arrival followed by drinks and nibbles. The atmosphere was amazing and there was a definite buzz of excitement in the air.
Speeches were made by Helen as the Chair of the North East branch, who spoke about her reasons for setting up the branch and the need for people to unite to bring about equality in the region. Alison Mackay, one of the founding members of Women in Planning in 2012, spoke about why the network was originally set up and the success it has enjoyed, and Sarah Reid, a Barrister at Kings Chambers spoke about the need to inspire and encourage women and the role that the network has to play in order to address the gender imbalance across the industry.

The next step for the North East branch is to set up a committee and then start work on the next event. It is a really exciting time to get involved, as those involved at this stage can be influential in shaping the network going forward. There seemed to be a definite feel from attendees that short CPD events held in the form of interactive breakfast seminars and post work social events such as a pub quiz or cocktail making class would be well received so those are already on the ‘To do’ list.

Mentoring was also high on the priority list for attendees particularly the wonderful planning students who joined us on the evening and are just starting in their planning career.

If anyone would like to get involved in any aspect of the network, either on the committee or as a mentor please email womeninplanningnortheast@gmail.com and to find out more about upcoming events sign up to the Mailing List.

More information about who we are and the vision of the network can be found on the Women in Planning Website. 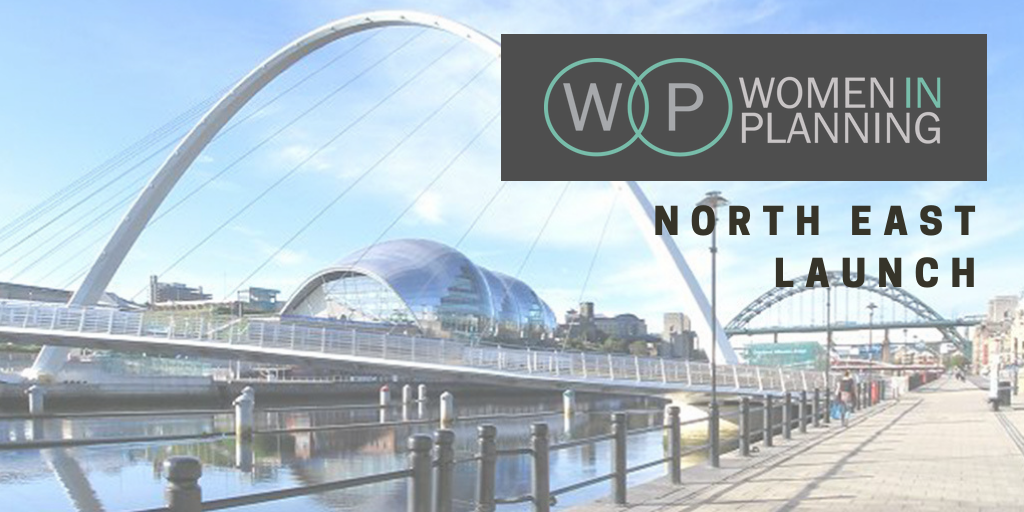